Leaders – Don’t Give Advice When Asked! – Growth and Profit 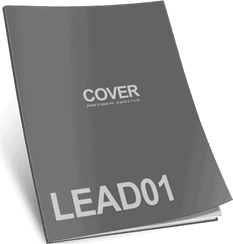 Leaders – Don’t Give Advice When Asked!

Leaders – Don’t Give Advice When Asked!

Leaders – Don’t Give Advice When Asked!
How executive coaching can help you in your business
by Andrew Cooke, Growth & Profit Solutions

Leaders and managers often need to give feedback to their teams and staff. Usually it is in the form of advice rather than feedback. Why is this? Advice can be packaged more easily, especially when you are dealing with a sensitive situation and/or individual, rather than feedback which is often perceived as being more critical in its nature. So how can we improve.
The Pixar Story
Virtually everyone knows Pixar , the animation studio that made Toy Story, Finding Nemo, Cars, A Bug’s Life, and which grossed more than $6 billion, and has won 24 Academy Awards. Here is the question for you – how many flops has Pixar produced? The answer is none!
One reason for it is that within Pixar they give brutally honest feedback.
Brutally honest feedback
At Pixar, when a director hits a snag on a film, they immediately call in the “brain trust.” This is a group of brilliant senior filmmakers who come in, look at the film in progress and give brutally honest feedback for about two hours.
Normally this is an uncomfortable process and, at best, only partially effective. But it works for two reasons:

As such, the less authority and power you have the greater the influence you can bring to bear. And the lower the requirement to act on the experience shared, the more likely people are to do so. This creates the opportunity for learning, development and innovation. Counter-intuitive? Yes, but it works. Share your experience – but remember we don’t have to learn from it, but then we probably will!

Click here to find out more about Andrew Cooke and Growth & Profit Solutions.

​Enter Your Details Below To
Get Your Free Download